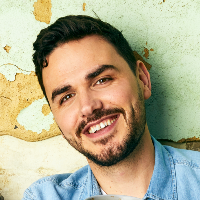 Henry FirthFounderBOSH! TV
Childhood friends from Sheffield, Henry Firth and Ian Theasby are BOSH!. In June 2016, they
launched what has now become the biggest online vegan Facebook recipe channel in the
world, reaching 26 million views a month and over 2 billion views in total.
They’re the brains behind four Sunday Times Bestselling cookbooks, including the UK’s
best-selling vegan cookbook of all time, and are the stars of ITV’s vegan cookery series ‘Living
on the Veg’. Henry and Ian also have their own BOSH! product range which can be found in all
major supermarkets.
Totally powered by plants, BOSH! create mouthwatering meat and dairy-free recipes that are
shared across their social channels @bosh.tv and the globe. They have two British Book
Awards under their belts and have been published in 8 languages
Session Participation:
SPEAKER: What Motivates the Flexitarian Consumer?